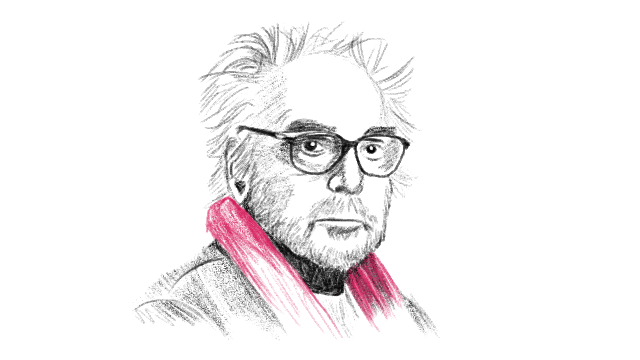 As I’m currently searching the name of the new version of my character rigging and animation tool set for After Effects, Duik (currently named after Bassel Khartabil Safadi), I’ve stumbled upon this interesting post (in French, but I’ll translate here the part which is interesting for the story): Une Lumière jaune – “A Yellow Light”, referring to the Yellow Vests protests for economic and social justice in France, 2018-2021 – by Charlélie N. for Lundi Matin.

I was looking for more information about Zineb Romdhane, one of the names I had in mind for Duik. She was an eighty-year-old woman killed at her home in Marseille during a protest against substandard housing poor people live in. A week earlier, 8 people died in the collapse of two buildings in the neighborhood. Zineb Romdhane was killed by a tear gas canister thrown by the police, which she received straight to the face, as she was closing her shutters to protect herself and her apartement from the gas in the street.

The article I’m talking about (which you should read extensively if you understand French) mentions her in a part about police violence. Many different subject are approached in the article, and the author tells an anecdote from Jean-Luc Godard: according to Godard, the name of the Lumière Brothers comes from the fact that their grandfather was in charge of lighting the streetlamps in his village (Lumière means light, in French). I thought this was a nice story, which had interesting implications, better explained in the article I’m quoting (and translating) here:

Everybody knows that the Lumière brothers were born in Besançon and their father was a photographer before they invented and developed the “Cinématographe” in Lyon, but the story of their grand father remains unknown. This is what Godard tells us: the Lumière brothers’ grandfather manually lit every night all the streetlamps of the small village where he lived, Ormoy, in the valley of the Haute-Saône. That’s where the Lumière name is from; not from an operation of the holy spirit or a hindsight, but from a manual, material, poor origin.

This is how cinema was born from a lamplighter. If the Lumière brothers became middle-class people thanks to their invention, their sense of business and the exploitation of their factory in Lyon, their grandfather was a modest man practicing a hard job, despised in his time and which required working at impossible hours, a toll and circumstances close to those of a rag-and-bone man. The art which took over from painting (…) comes from a proletarian forgotten by history.

Reading this paragraph, I saw a nice name for Duik, which would then become… Duik Nicolas, which was the first name of the grandfather we’re talking about, Nicolas Lumière. I like a lot this interpretation of the story and the way it is written there, and I’d have thought this intention was perfect for Duik, according to the values I have always supported in the way I do everything, while in the meantime refering to the history of cinema. But…

I looked for the original story from Godard, which I found in Deux fois cinquante ans de cinéma français – “Two times fifty years of French cinema“, a 50-minute (kind of) documentary Jean-Luc Godard made for the celebraton of the centenary of the (French) cinema. You can watch it here (in French):

I found that the story was already quite different from what I’d have read in the article (unfortunately), and before using the name of the Lumière brothers’ grandfather, I wanted to know a bit more.

It was very hard to even find the first name of this grandfather (which I needed for Duik), and I had to search through his family tree to find out what I needed.

Thanks to the regional archives from Haute-Saône, I found the birth certificate of the Lumière brothers’ father, Claude Antoine Lumière, born on 13 March 1840 in Ormoy. And from there I found the first name of their grandfather, Nicolas.

The birth certificate tells us that he was a wine-grower (and not at all a lamplighter!). As I wanted to learn more, I continued my research and found the Lumière brothers’ great-grandfather, Nicolas’ father, was called… Léopold François Lumière. This was when I found that the Lumière name was much older than what Godard told (to my total dismay). During my researches, I found the death certificate of this Léopold François Lumière, deceased on 28 March 1841 in Jonvelle.

Continuing my research, I also found that Léolpold’s father (Lumière brothers’ great-great-grandfather) was already called Lumière during the 18th century.

Godard’s story is beautiful, but completely wrong. Its interpretation by the article published in Lundi Matin is fascinating, but irrelevant. I’m continuing to search for the new name of Duik!