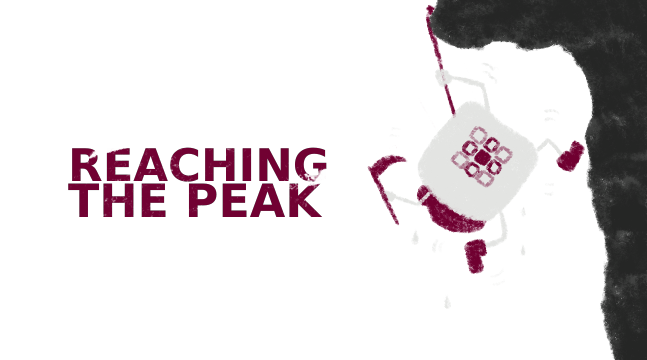 With my cooperative company Rainbox, we’ve recently finished a crowdfunding campaign which was a big success (185% of the initial goal). This article is an assessment written a couple of weeks after the end of the campaign. I’ll start with some background information, if you already know that we’re developing free and open source software which is crowdfunded, you can jump to the conclusion already. If you’re interested in numbers and statistics you can jump to the numbers.

Introduction: what were the campaigns about

For more than ten years, I’ve been developing Duik, a free and open source tool set for use in After Effects, dedicated to character rigging and animation. A few years ago I realised I could not continue this hard work without earning any money at all. At that time, I had a donation form on the website for Duik, but donations do not work well at all and I needed something else.

So I decided to run the first crowdfunding campaign for Duik, to earn a small salary and be able to develop a big update, the 15th. It was in 2014 and I got 7.000€. The initial goal being 5.000€ it was a relatively big success, especially for someone doing all of this alone (except for a few dear friends and family helping of course, but nothing was organized as it can be with a company).

Thanks to the success of this update of Duik, I’ve been able to quit the job I had to found a new cooperative company, Rainbox. One of the goals of this company, which is primarily focused on film production, was also to handle the funding, the development and the distribution of Duik and some other free and open source tools for animation and motion pictures production.

As the first campaign was successful and it seemed to us that crowdfunding was working for the tools we had to develop, we ran two other campaigns, the first in 2016 to fund the development of the 16th version of Duik and more recently in June 2020 to develop another update of Duik, but also to develop a lot of other software.

We’re not selling anything

What’s particular about the way we release our software is that we don’t have anything to sell, as it’s always been free and open source.

But developing and maintaining a software, open source or not, is a lot of work. These are the two sides of this work:

If we could get a higher and steady income from Patreon or donations, we would probably organize the work differently, and we could be able to continuously develop and improve new tools and features like big companies do.

We’re actually very proud to not sell our products. We should not even say our products as we don’t really own them; the free software license protecting the users guarantees that their tools belong to the community, to everyone needing them, and everyone can use them as they want, everyone can share them, everyone can modify them. This is really important for us, and for all developers of free software.

This specific question will be the subject of another article so I won’t develop in details here this choice of releasing the software under a free license, but there are a few aspects which can be listed here for you to understand our choice.

What we’re trying to prove is that we can do things differently. With crowdfunding (regular on Patreon or through campaigns) and donations, we are able to develop the tools, earn our salaries and pay for the servers, the computers, etc. I won’t lie to you: it has been difficult at the beginning, and it’s still way more difficult than just selling our stuff.

This is why I’m writing this, I want to share my experience with you, so you can think about it with us, make your suggestions, maybe follow our example for your projects, be involved with the community and not just buy (or sell) things.

Let’s have a look at the three crowdfunding campaigns and see what we can learn from them.

As the success of Duik grew, the team and the company supporting it did grow too. In 2015 I was alone, in 2017 we were two, and in 2020 we were four. That’s another interesting correlation.

We could also correlate the number of features in Duik with the amount raised during the campaigns.

That makes me think a crowdfunding campaign is not an ideal way to start something new. I would not have been able to successfully run any campaign if Duik did not already exist.

If you have a look at the successful projects on the crowdfunding platforms, almost all of them are actually selling goods. The problem with free software is that we don’t have anything to sell, people are not paying to get what they need. They know they will get it eventually, no matter if they contributed to the campaign.

Is it worth it?

That said, we’ve always managed to reach our goal, and of course we’re very happy for that. But the future is never assured. Who knows if we’ll be able to run another campaign in a couple of years to continue developing new tools? Is it even worth it to spend a couple of months every two years to raise this relatively little money? If we were counting this two-month salary for one person in France, it would represent about 25% of what we raised. Add the 10% platform and banking fees, and you’ll understand why we’re wondering if we could find another way to fund these free tools.

Before running the first campaign, I would have thought that at least half of the users of Duik would back the new versions. As I knew that donations represented only 2 or 3% of the total number of daily users2)We know from the statistics of the server providing the update information that Duik is opened each day on a number of different computers between 30,000 and 40,000. We get about 450 donations per year, I thought the remaining 97% of the users would be inclined to contribute during the campaign.

Of course, we did explain that these funds were much needed; the users do know that as the tools are free and open source, we need their contributions, and you can’t download Duik without being prompted to donate.

From our server statistics we know there are at least 30,000 daily users of Duik. It is downloaded 1,000 times per day.

All in all, less than 5% of the users contributed to the development of the tool they are using for free. And considering some backers are part of two or three of the groups, it may even be 4.5%.

Even if we’ve run the campaign in English, it’s pretty clear that it’s easier to bring people from your own country to contribute. I believe that’s a consequence of the way social networks work, and word of mouth of course. It is a lot more difficult than it seems to reach people across the seas.

The contributions from youtube come from the fact that we had 6 live talks on youtube during the campaign, to talk about what we were doing.

Don’t expect any help from the platform if you’re not making the latest fashionable gadget or a project which may raise hundreds of thousands of dollars.

The future of our fight for a better world

These three ways of funding are the best we’ve found respecting our values and commitments.

But we’re not completely satisfied with how this is going, and we’ve not achieved all of these points.

In a few words, our biggest issue is that we’re not able to make the users help us, and reaching 5% of them is already a huge work. Maybe we could reach another 5 or 10% but that would mean so much work that we would spend everything and all our time on communication…

These crowdfunding campaigns helped us identify the cause of these issues.

In short, we have to be independent of social networks – which makes sense with our values and fight for free and open source software – and we have to take into account we still live in a mercantile society and people are used to that.

The way we see it, in our perfect society, everything we do would be funded by social contributions, which have both the power of funding non-mercantile activities like free and open source software, and being fair, as people contribute according to their means (and get what they need no matter what).

As we’re not there yet, we thought that we could in some way simulate this perfect society and hack the current system, through crowdfunding. Our mistake was that we thought we could convince people to participate in this experiment, but we underestimated the difficulty of reaching the users, and the fact that people is not ready to hear what we have to say, as we’re too used to mercantilism and capitalism. We’re all just consumers.

This is the reason why we may be changing our way of funding our work. Maybe what we’re doing today will work better in the future, but for now, being too radical and completely refusing to even use the word “price” when it comes to funding our tools is counterproductive.

I’m not changing my ultimate goal, but I’ve come to understand that the road may be longer than expected; I’ll continue to fight for socialism and be proud of it, but we need to be pragmatic if we want to be able to serenely continue our work.

Nothing is going to change in the upcoming months as what we’re going to do first is spend the money we’ve just raised with the latest campaign. Then, I see a few ways to fix the issues I’ve listed about our current crowdfunding methods:

These measures may be needed to assure the future of Duik and the other free software we’re developing. It’s a small turn, a detour we may have to make before completely removing any idea of price, but it’s a way to be more fair and have more users contributing, while keeping the ability to adjust the amount depending on your means. It would provide a steadier income for the development with less wasted resources than when we have to run crowdfunding campaigns.

What do you think about that? Share your thoughts in the comments below! 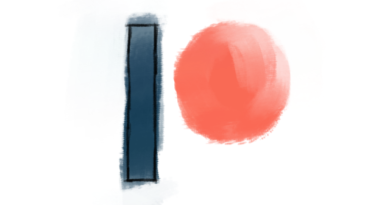 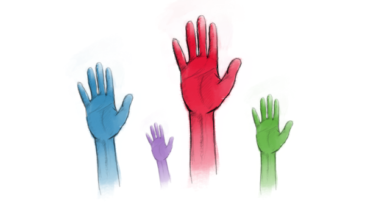 Be annoying, be angry, be upset. Help me!